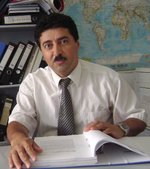 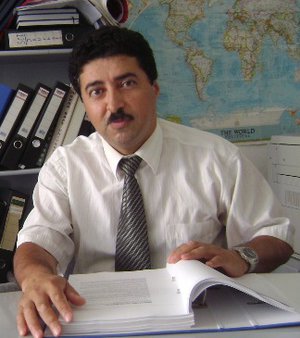 Professor Ikhdair was born in nablus city in 1963 and received his secondary school education in Qadri Tuqan school in Nablus in 1980. He finished his B.Sc. study in An-Najah University in 1985. He joined Middle East T. Univesrity (METU), Ankara, Turkey in 1986 where he received his Master and Ph.D. degrees in physics in 1988 and 1992, respectively. During his study he was working in assistant teaching in METU from 1988-1993  He left METU in 1993 and started working at Near East University (NEU) in Northern Cyprus untill the year 2013. During this period he promoted to an Associated Professor in February 2000  and then to a Professor in June 2008. Professor Ikhdair is an author of more than 150 scientific works in Physics. He is the winner of many certificates and awards in outstanding publications in all fields of Physics between years 2005-2013 in NEU. His publications in Physics were financially supported from the Scientific and Technological Research Council of Turkey (TUBITAK) till 2013. Prof. Ikhdair later on joined the Faculty of Science, Department of Physics at an-Najah N. University in Nablus and since then he is resuming his scientific research and working as Professor of Physics. His publications in Physics exceeds over than 170 articles in various branches in Physics. He obtained many certificates for his continuous publications in high-impact factor journals from his university. He is currently a distinguished Professor of Physics since 2017 in Physics department (a rank offered by an-Najah N. University for its distinguished professors). He has a highest Citation Index in publication reached 4300 points. He also obtained scientific awards of highest impact factor of his publications from an-Najah N. University from 2013-2020.