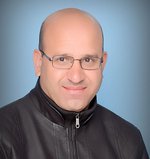 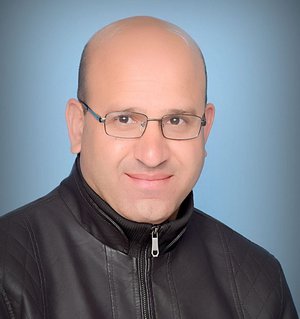 Dr Loay Abu Alsaud is an Associate Professor of Archeology in the Department of Tourism and Archeology at Al-Najah National University (ANU), Nablus. He first joined the Department as an archaeology lecturer in 2012. From 2007 to 2012 he was employed by the Palestinian Ministry of Tourism and Antiquities in the area of rescue archaeology and concurrently held a part-time position as academic supervisor at Al-Quds Open University. Before that, he completed his post-graduate studies in Spain at the University of Salamanca, from 2001 to 2007, receiving a PhD scholarship on completion of his Master’s Degree, awarded by the Spanish Ministry of Foreign Affairs International Cooperation Agency. He completed his PhD with a thesis on Neapolis (now Nablus) under Roman rule. He had previously received his Bachelor of Arts degree from ANU, majoring in archaeology.

Dr Alsaud has published a number of research papers on archaeology in Palestine, in particular, the archaeological history of Neapolis, covering a range of sites, among which are the Islamic Joseph’s Shrine in Nablus, Khirbet al-Kilya, east of Ramallah, Khirbet Deir Sharaf, west of Nablus, Tal Sufan, Khirbet Aqbat al-Qadi, Bir Yaqoub and others. In addition, he has published works on the recent Palestinian Antiquities Law of 2018, translating it from Arabic to English, the archeological history of Palestine under Hellenistic, Roman and Byzantine rule, and the impact of the Third Century Crisis (235-284 CE) on Palestine and the Bal’ama tunnel in Jenin. Recently, his focus has been on the study and analysis of human skeletal remains from Roman and Byzantine tombs in greater Nablus – in particular, sites at Khirbet Aqbat Al-Qadi, Half Jbeil, Khirbet Sheikh Hamid, and Bir Yaqoub. His has published articles in the journal Radiocarbon on the Jatt and Khirbet al-Sheikh Hamid necropolises.

In partnership with colleagues at ANU, Dr Alsaud participated in the creation of the Discover Palestine MOOC (Massive Online Open Course) in 2015 and co-authored a research paper for the journal International Review of Research in Open and Distance Learning. In 2021, through a project funded by ANU, his entry on Hands-on Archaeology was included in the Encyclopedia of Global Archaeology, edited by Professor Claire Smith of Flinders University, South Australia.

In the field, Dr Alsud supervised excavations at Tal Sufan from 2013 to 2020 that formed part of field training for archaeology students. In addition, he has participated in a number of rescue excavations at several archaeological sites in and around Nablus, in conjunction with the Palestinian Department of Antiquities of Ramalla; the sites include Khirbet Uqbat al-Qadi, Khirbet al-Sheikh Hamid, Harat al-Habla in the Nablus old quarter, and Khirbet Bir al-Hamam, known as the House of Palestine, on Mount Gerizim. At present he is participating in a cooperation project between the Palestinian Department of Antiquities and the French Institute for the Near East at the Tell al-Talul site in Anabta.

In 2020, Dr Alsaud won the Gold Medal in the International Research Competition for Young Scientists, organized by the Bandung Creative Association in cooperation with the Indonesian Scientific Association, for a research paper “Archaeological Sites in Palestine and the Impact of Israeli Settlements on Local Tourism”. In September 2021, he was awarded first place in the Palestinian cultural heritage section of the Nada Al-Atrash Prize for Creative Writing in Dar Al-Sabagh for his work “Conservation of Cultural Heritage in Bethlehem”.