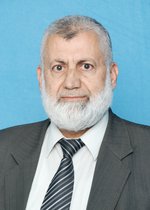 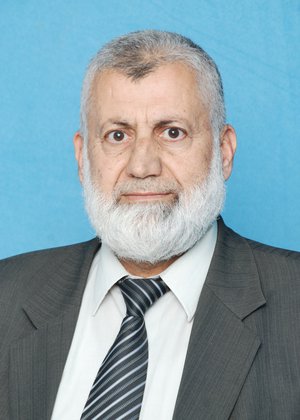 Professor Sharif Musameh was born in Shweekah (Tulkarem) city in 1952 and received his secondary school education (Tawjihi) in Al-Fadeliah school in Tulkarem (1971). He finished his B.Sc. study in Kuwait University in 1976 with scholarship from Kuwait. After graduation he worked as teaching Assistant at Kuwait university from 1976-1978

Professor Musameh went to USA for his graduate study and got his master in physics from Steven's Institute of Technology (New Jersey- USA) on 1980, and his Ph.D. in experimental condensed physics from North Carolina State university (Raleigh, NC  -USA) on 1984, during his graduate studies between 1978 - 1984  Prof. Musameh got scholarships as teaching assistant from the American universities

Professor Musameh came back home to Palestine and worked at Al-Quds university -Abu -Dees for a year 1984 -1985, then he joined physics department, Najah university from September 1985 until now.

He promoted to Associate professor in January 1993. He was the chairman of physics department between 1997 -1998, a member and coordinator of different committees in the department, a member of the college and the university committee for several years.

He went as a visiting prof. to Purdue university (Lafayette -Indiana -USA) from 1998 -2000 and spent his sabbatical leave for a year at Windsor university, Windsor –Canada.

Professor Musameh promoted to professor in June 2014.He has published more than 40 papers in a well-known international journals with impact factor. Master students have been graduated under his supervision. He participated in many international and local conferences as a member of the organizing committees or giving papers in them. He is cooperative with international and local journals as a reviewer. His research of interest is related to condensed matter physics.