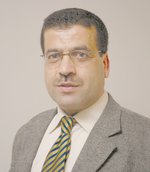 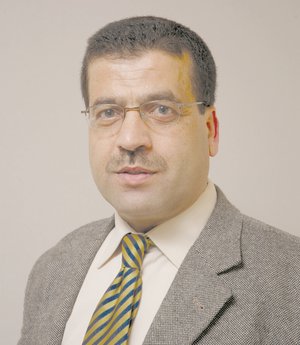 Prof. Dr. Mohammed Abu-Jafar was born in Jenin city in 1960 and got his Tawjihi in Jenin secondary school in 1978. He obtained his BSc. degree in physics from An-Najah N. University in 1982. He got his MSc. in Physics from Jordan University in 1985. He is appointed at physics department in An-Najah N. University in Jan., 1985. He achieved his PhD degree in Physics from Southern Illinois University (S.I.U.) at Carbondale-U.S.A. in 1991. He has been awarded a teaching assistant during his master and PhD studies in Jordan University and S.I.U. He is promoted to an Associated Professor in Jan., 2002. He was a Chairman of Physics Department between 2001-2003.  He was also a chairman of graduate studies for natural sciences between 2004-2007. He was the Dean of the Faculty of Graduate Studies between 2008-2014. He spent his sabbatical leave as a Postdoc at La Sapienza university, Rome, Italy in 2015 for one year. Twenty-seven master & PhD students have been graduated under his supervision. Four conferences have been held under his supervision too. His research of interest currently is related to the computational condensed matter physics using FP-LAPW method (WIEN2k code). Prof. Abu-Jafar has published more than 50 papers in a well-known international journals. He has constructed an E-Learning undergraduate course in classical mechanics. He is cooperative with many international journals as a reviewer.