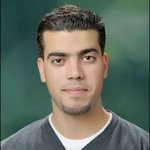 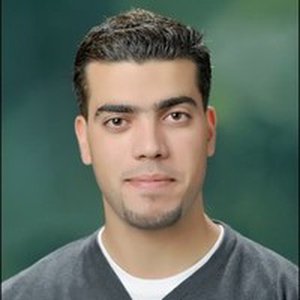 Between 2009 and 2010, he worked at ANNU as a research assistant on a project pertaining to the development of novel fouling resistance membranes for seawater desalination. During his M.Sc. study, he has joined the Catalysis for Bitumen Upgrading and Hydrogen Production research group in the Department of Chemical and Petroleum Engineering at the Schulich School of Engineering at the U of C within a summer internship. In that period, he produced his master thesis, entitled: "Utilization of metal oxide nanoparticles for adsorptive removal and subsequent oxidation of different organic pollutants from wastewater", which opened the door for his Ph.D. study. His Ph.D. thesis, entitled: "Development of sustainable nanosorbcats based technology for hydrocarbon and organic pollutants recovery from industrial wastewater", focused on the development of an integrated process using in-house prepared nanosorbcats for recovering waste hydrocarbons and organic pollutants from oil sand process-affected waters.

Owing to his excellent academic records, El-Qanni has won many national and international awards and scholarships. Between 2015 and 2018, he has been awarded the prestigious Werner Graupe International Fellowship in Engineering. As one of only two candidates in Canada to receive this fellowship, it has been recognized as a distinct honor. El-Qanni has co-authored 20+ peer-reviewed journal publications, conference and symposia papers. He hopes to become an inspiring instructor and active researcher and works collaboratively with industry in the near future.