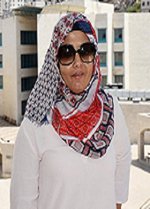 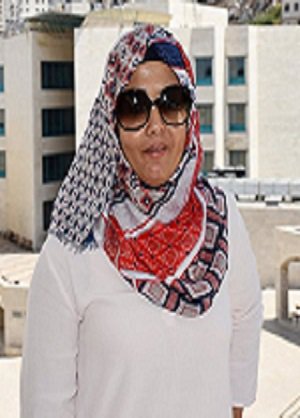 I'm sahar Salem Odeh Abu Shokeedem. I stadied PhD of Special Education, Masters of Special Education and B.S. English Teacher Field in University of Jordan. I got an international certification as a trainer for the INSITE program for people with multiple sensory disabilities from the University of Utah in USA and I got several courses such as: • Hebrew Course in University of Jordan (2004) • Speaking Program – ministry of education (2005) • Save Children Program – UNCEF (2010) • Introduction to Visual Impairment – The Supreme Council for the affairs of Persons with Disabilities (2011) • Rehabilitation for Blind Woman – Friends Society for the Blind (2011) • National TOEFL (2009) • Teaching Arabic for students – Qased Center (2013) • My Way to Having a Job – Al injaz USAID (2013-2014) • Several Training Courses- Friends Society for the Blind (2014) I wrote and published a Book Called – Al Mouneer: How to learn Braille for beginners (2010), published a Research called “The Impact of INSITE Program for Early Intervention at Home on Improving Developmental Skills for Children with Visual Disability Associated with Other Disabilities” (2019), published a Research called " The Early intervention Services Provided to Deafblind Children from the point of view of Service Providers and their Families"(2018).and I wrote and published a Book Called “INSITE for early intervention at home for children with sensory disabilities accompanying other disabilities”(2019).