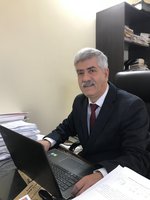 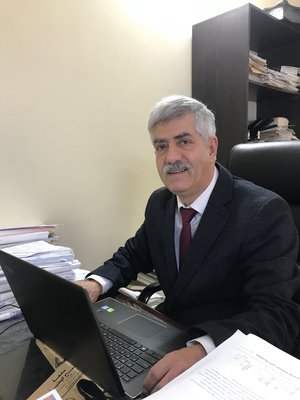 Professor Al-Saeid was born in Deiristya village, and he received his primary and secondary education in Deiristya and Salfit Schools in 1977. Then in 1981, he received his bachelor's degree in Science/Physics from the Jordanian University in Amman. In 1984, he enrolled     in the Middle East Technical University (METU) in Ankara, Turkey to continue his higher studies. In the following year, he got the MSc, and then the PhD in Theoretical Physics, particularly the Solid-State Physics in 1990. Between 1984 and 1990, he worked as a research and teaching assistant during his study.

After obtaining his PhD degree, he moved to Northern Cyprus where he had worked in the Faculty of Science at the Eastern Mediterranean University (EMU) for ten years (1990 -2000). In 1994, he was promoted as an associate professor, and then as a professor of Physics in 1999 in the same university.

He also worked in the Public University in Dhahran and the University of Hail in Saudi Arabia between 2000 and 2010.

He returned home in 2010 and joined the Faculty of Science at An-Najah National University, and, he is still teaching there in the Department of Physics until today.

Prof. Al-Saeid’s research and teaching interests and activities focus on different aspects of the field of Theoretical Physics. He published many scientific research in prestigious international journals with an impact factor of (IF)accredited by Scopus database.

Al-Saeid participated in a considerable number of international scientific conferences through presenting several worksheets and research papers. He also supervised many MSc theses in the Department of Physics in the field of nanotechnology/theory. Furthermore, he also teaches different courses of all programs, bachelor’s, master’s, and PhD, in the Physics Department.