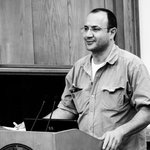 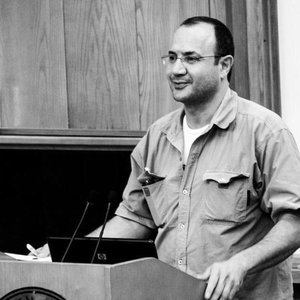 Saed J. Abu-Hijleh is a Palestinian human geographer, poet, and radio show host, who is currently working as a lecturer of political, economic, regional, developmental, and environmental geography at An-Najah National University in Nablus, Palestine. He is the founder & director of the Center for Global Consciousness (CGC), an independent media and cultural exchange institute dedicated to building bridges between Palestine and the world.

Mr. Abu-Hijleh holds a BS in International Development Studies from the University of Iowa and an MA in Political Geography from the University of Northern Iowa, USA. In the past twenty years, Mr. Abu-Hijleh worked with key Palestinian public and private organizations in the fields of international development, public relations and protocol, and small and medium enterprises development projects. Mr. Abu-Hijleh is the former Director of International Relations for Nablus Municipality (1997-1998) and the former Director of Public Relations of An-Najah National University (2005-2007). Since 2004, Mr. Abu-Hijleh prepared and hosted a talk show on An-Najah University FM station called “Global Perspectives” in which he interviewed many international personalities who visited Palestine on key contemporary political, economic, and cultural issues. Mr. Abu-Hijleh has conducted academic research on the political geography of Palestinian statehood and the multidimensional obstacles facing its realization. His current research interests focus on the human geography of Palestinian identity, Israeli territoriality, Palestinian liberation theology, and the geography of the Palestinian environmental movement. He also conducted research on revolutionary civic activism and the blending of TV and social media and the problems of media coverage in conflict zones. Mr. Abu-Hijleh is presently preparing to publish a poetry collection entitled “Words of a Palestinian Dinosaur!”