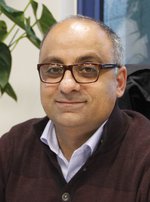 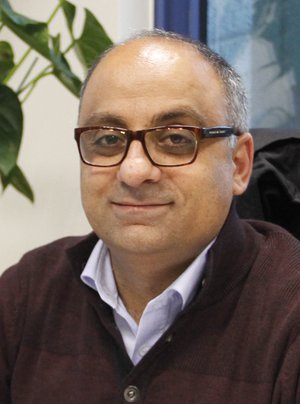 Before joining the Faculty of Law at An-Najah, Dr. Daoud worked as a lecturer for three years at Arab American University in Jenin. In 2007, Dr. Daoud came to An-Najah University and shortly thereafter, in January 2008, he served as the Dean of law faculty until 2017. In the past, the Faculty of Law at An-Najah was solely a teaching institution. A visionary, Dr. Daoud utilized his own experience of studying abroad as a reference to open the faculty of law to new legal cultures, to the international world as well as to new cultural perceptions and differences.

During his deanship, Dr. Daoud took An-Najah’s faculty of law to unprecedented heights, particularly with regard to establishing relationships with international legal and academic communities. The internationalization of faculty has encouraged a number of students to study abroad, and has enabled faculty members to study, teach and take part in many collaborative research and professional opportunities with foreign universities. In addition to making connections with the outside world, he has forged a number of meaningful partnerships with local and national organizations.

Dr. Daoud also established the legal clinic at An-Najah. The clinic started as a non-curricular activity, then it became accredited and part of the university’s legal curricula, whose primary goal is to aid underserved members of the community. In effort to facilitate academic growth of the faculty of law, he promoted new and innovative teaching methods as well as the lecturers’ collaborative relationships with their students, aiming to transform new generations of legal minds into inquisitive and critical thinkers. Dr. Daoud believes that it is impossible to teach in isolation from the rest of the world. Exposure to new cultures, not only invites constructive dialogue and learning from the experiences of others, but it also inspires personal introspection.

Dr. Daoud’s work has been steeped in the idea of changing perceptions of the faculty of law and of the country itself. Despite the existing challenges of a life under occupation that have at times prevented international students and/or scholars from entering the country, Dr. Daoud has been successful at bringing numerous academic opportunities to An-Najah in hopes to elevate the role of faculty within the legal community in Palestine. Since law schools have been excluded from having a prominent role in the decision-making processes in Palestine in the past, Dr. Daoud sees the future of the faculty of law at An-Najah National University as more visible in both the national and the international legal domains.