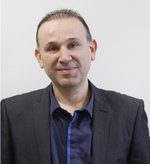 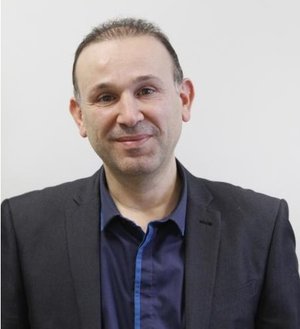 Dr. Moyad is the newly appointed Dean of the Faculty of Law. He has taught Civil Law and Employment Law, and is also the Head of the Scientific Research Committee at the Faculty of Law. Prior to joining An-Najah in 2015, Dr. Moyad worked as a lecturer at the School of Law, University of Portsmouth from 2013 to 2015, teaching courses in Contract Law, Employment Law, Public Law, International Humanitarian Law, Human Rights and Equality Rights. This teaching experience built on the practical experience he had obtained in London while working as a lawyer for over a decade.

Shortly after graduation, Dr. Moyad was offered a lawyer position within solicitors' firms in the City of London, where he put his academic knowledge into practice. In 2004, he accepted a higher position in another legal firm in London that enabled him to test the law in the field and understand it more closely.  Working with different legal firms in the UK, Dr. Moyad was thereafter able to deal with cases relating to Contract Law, Tort and Civil Law Employment Law, Human Rights and Equality Law, and immigration & asylum cases.

Reflecting on his experience of a life in a multi-cultural country, Dr. Moyad says that ‘life in the UK and world travel have expanded his mind’. Interactions with people of great diversity have given him appreciation for other people’s backgrounds, whether in nationality, race, ethnicity and/or religion. Shortly after he moved to the UK, Dr. Moyad worked odd jobs and long hours in local restaurants all while taking English language courses at Oxford University. Starting from the position of a restaurant dish-washer to the position of a professor at a university, speaks greatly of his determination to succeed in life and of his thirst for knowledge.

His student life was replete with opportunities for deep discussions on many controversial topics that opened his eyes to people’s great differences in thought and opinion. He found the adoption and understanding of other views liberating, which planted the seed for Dr. Moyad’s current group at An-Najah, Infra Thought initiative. Infra Thought invites students from all departments interested in developing their ability to creatively critique and analyze, and hone their oratory skills through interactive discussions and debates on current events and contentious themes. The participants will also seek relevant information, thereby improving their skills in legal research that will take them from the theoretical knowledge into practical, applicable skills. Dr. Moyad’s vision for the initiative encompasses both national and international debate competitions that will feature An-Najah’s critical thinkers and academic leadership.