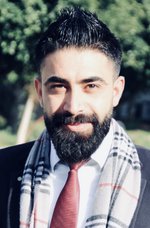 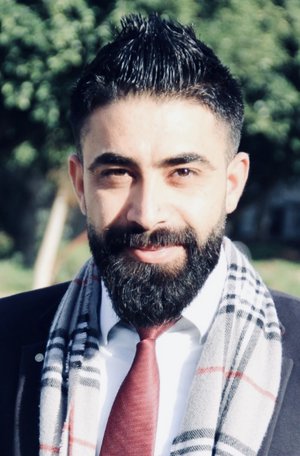 Since I was a child I always wanted to become a journalist and to study media when I grow up. I have always had this passion for listening to news, reading newspapers and magazines, participating in school morning speeches and of course, writing articles with a unique style that never failed to catch my teachers’ attention.

As I grew up, my genuine interest in media and journalism grew in me and the very first step in realizing my dream was when I first joined the An-Najah National University after finishing high school with a very high average of 94.6%. I was very enthusiastic about being a journalism student, considering it to be the first step on my ambitious journey to become a professional journalist. Over the course of my undergraduate study I have taken a wide range of courses from the Principles of Public Relations all the way through Media in Arabic, Using Computers in Journalism, Media in English, Media Ethics, Theories of Media, Public Opinion, Photojournalism (Still and Video), Press Editing, and Press Production (Newspapers and Magazines) among others. As a result, these courses have created students who are able to: Write and edit press releases efficiently, manage events and address problems in public relations, develop key skills in photojournalism, write media research, design and produce newspapers and magazines, in addition to computer mastery skills regarding design and montage software.

With all that passion I have for this particular field of study combined with the rich undergraduate knowledge that I have accumulated over the years I was ready to take on the next step toward the fulfillment of my dream. Soon after graduating from An-Najah University with a B.A. degree in Journalism I joined the university’s Public Relations Department as a journalist. To me, that was a great chance to bring my academic knowledge to the real world and apply what I have learned to what I do. Working in a university environment as a journalist had a huge impact on my personal and professional development. I was involved in the writing of press releases, photography (Still and video), preparing the weekly newsletter of the Department in both Arabic and English, accompanying international delegations, organizing seminars and workshops and conferences, graphic design, supervising and administering the University’s official page on Facebook, and uploading videos on YouTube among others.

Working at the Public Relations Department has really added so much to my knowledge and experience in journalism, but it has also introduced me to other fields for which I have developed no less passion. By getting involved in many university-based events, beside my work in media, I have learned more about events management and public relations in the process. As a result, I have been chosen by the Department to be in charge of most of the events taking place on campus in addition to media work. Over time, I have gained advanced skills in protocol, etiquette and ceremony management, and participated in the organization and follow up on many local and international conferences including the Public Relations and Communication Conference and the European Union and Middle East Conference in Palestine.

As the world has become a small village with every corner being connected to the rest of the world through advanced technology and the communication revolution, journalism and media have become indispensable areas of our life. And these areas have had their advancement accelerated through the introduction of social networking websites such as Facebook and Twitter which have opened new possibilities and have changed the way people think of media. And in my work at An-Najah I was able to utilize the social networking websites to serve the university’s public relations affairs and media content which was a substantial addition to my experience.