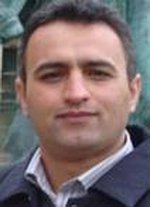 Pragmatics is the study of meaning in context. This course is multifaceted as it deals with different issues, basically how meaning depends on the context of use, and the contrast between what is said and what is communicated. The course will discuss the phenomenon of deixis (or indexicality) and presupposition. With regard to the distinction between what is said and communicated, we will address the famous Gricean conversational maxims and the notion of conversational implicature. We will also discuss speech acts, indirect speech acts, and politeness.  Other topics of concern are cross-cultural pragmatics and interlanguage pragmatics. The course also has an interdisciplinary orientation to pragmatics and translation studies. Basically we will try to explain how speech acts theory and implicature help do translation and communicate meaning between languages.