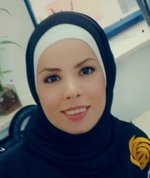 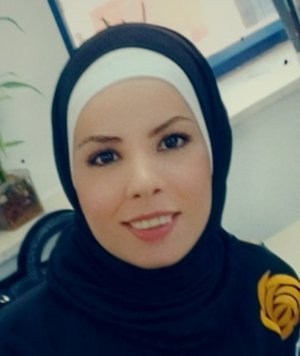 Aya Halabi is an instructor who mainly teaches English as a Foreign Language modules at the Language Centre in addition to writing and translation courses at the Department of English. She graduated  at the top of her class in both B.A & M.A studies. Halabi ranked the first top student on Palestine in the Tawjehi Examination in 2008 with an average of 99.1%.

Halabi worked as a part-time and then as a full time translator at ABC (Associates in Building Capacity) Consulting Group in 2010 up to 2012. Then, she was head-hunted by PALTEL to occupy many managerial positions in the field of international and carrier relations during the course of 2013-2020. She has extensive experience through working with top-notch international companies, which qualified her to get the highest work appraisal in PALTEL during 2014-2016.

Halabi joined An-Najah University family in 2016 as a part-time instructor to teach English courses at the Language Centre and the Department of English. Currently, she works as a full-time instructor in addition to her work on several research projects in the fields of comparative literature and translation. Halabi plans on pursuing her PhD degree in the field of Theoretical Linguistics. Her skills, academic expertise and fields of interest include but not limited to: Translation, Comparative & Post-colonial Literature, Technical Writing, Rhetorical Analysis, Pragmatics, Semiotics, Intertextuality & Theoretical Linguistics.

Generally, Aya Halabi can be described  as a hard-working, go-getter, extremely meticulous, and presentable leader, academic and researcher, and she loves to take on new & exciting challenges.